The awards celebrate excellence in the education sector and the College came out on top as the best A Level specialists in the north of the country.

The College’s Student Development Team was also a finalist in the Educate North ‘Student Experience’ award, recognising the outstanding career support that they provide our students, preparing them for the next steps after their A Levels and BTECs.

Staff from the College received the award at a ceremony in Manchester’s Radisson Blu Edwardian hotel on 26th April, where educators from schools, colleges and universities came together to celebrate what Educate North Awards says is the ‘the outstanding teams and people behind, and the incredible initiatives of the further and higher education institutions from across the North’. The Educate North Awards focus on education’s part in driving the region’s economy and the role that institutions play in helping to provide social mobility opportunities for young people. Nearly 90 percent of students from Birkenhead Sixth Form College continued onto university education last year, with half of that number being the first generation in their family to do so.

Schools tables from GOV.UK ranked the progress that students make at the College as the best of any Wirral school, and also in the top 10% nationally.

The College was also named the UK’s Sixth Form College of the Year by TES, formerly the Times Education Supplement, in February, with judges said to be ‘captivated by Birkenhead Sixth Form College’s journey of transformation’.

Other recent local and national awards have further underlined the success of the College.

Principal at Birkenhead Sixth Form College, Mike Kilbride, said: “This award is fantastic recognition of all of the hard work that our staff and students have put in, and continue to do. Excellence and high standards characterise the college and I am extremely proud to lead such a dedicated team of specialist teachers and support staff.”

“It was also extremely pleasing for the Student Development Team to be in the finalists for the Student Experience Award. All of our students reap the benefits of having an assigned tutor who are experts in career support. The team helps each individual navigate college life and be as prepared as possible for university or employment. Students leave the college as exceptionally well-rounded young people, and a lot of that is down to the support team.”

Mike continued: “Awards and accolades are a great way to celebrate achievements, but we’re not slowing down in our ambition to become even better. We fundamentally believe that getting the little things right, day-in and day-out, is how success is built.” 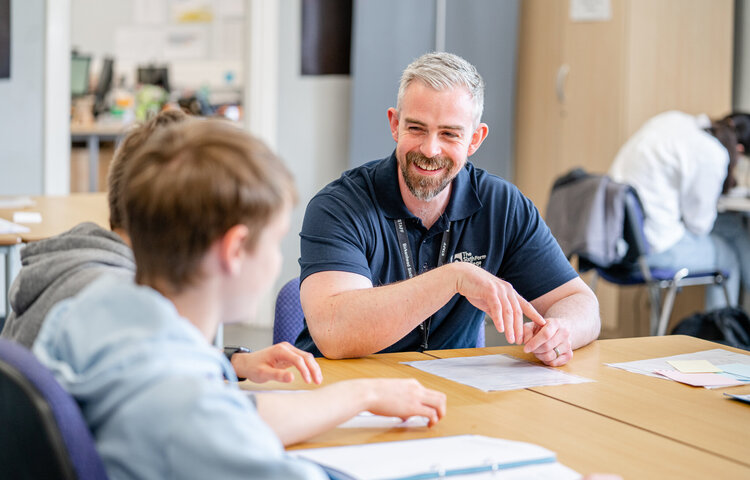